Facebook has today hosted its annual Communities Summit, which, like all events in 2020, is entirely online – you can re-watch all the keynote speeches and events here:

And as with past Communities Summit events, Facebook has announced a range of new features for groups, and provided some new insights into group usage, engagement, etc.

With people seeking new ways to stay connected while physically distanced due to COVID-19, Facebook groups have seen a significant increase in usage, with more than 1.8 billion people now using Facebook Groups every month.

Facebook reported that 1.4 billion people were using groups every month last October, so it’s added another 4 million active groups users over the past year.

As noted, many of those people have joined groups as a means to stay connected while adhering to lockdown measures, while that figure also takes into account the many groups that Facebook has removed, for various reasons, in recent months, including thousands of groups linked to the QAnon conspiracy theory which were deleted back in August.

“Whether you’re organizing your groups around volunteering or a passion for singalongs, strong online communities like the Facebook groups help bring people closer together, and as individuals, the groups that you’ve all built change people’s lives […] and on a collective scale, that positive impact is just massive.”

Zuckerberg’s statement aligns with Facebook’s renewed push to underline the benefits that Facebook provides, amid various reports that have highlighted the division and angst that Facebook has caused over time. One former Facebook manager recently noted that the company’s all-out focus on maximizing user engagement has come at a significant cost, with the platform amplifying disagreement for the sake of keeping people online.

There are, of course, differing opinions on this, but Facebook can definitely argue that its groups, in particular, have provided significant benefit for many people – and at 1.8 billion active groups users, they’ve clearly become a key means of keeping people connected during the COVID-19 lockdowns.

In terms of new features, first off, Facebook has announced a new set of admin tools for Facebook groups, which will provide more ways for group admins to control their group discussions, and manage engagement.

The biggest addition, from a group management perspective, is Admin Assist, which is a new process that will enable group admins to set up automated rules for post moderation, saving them time in having to sort through common problematic posts.

“For example, you can limit promotional content in your group by automatically declining posts that have certain keywords, or that include a link, or are from people who haven’t been members of the group for a specific amount of time. In short, Admin Assist enables you to set controls on what content is published and who can post in your Group.” 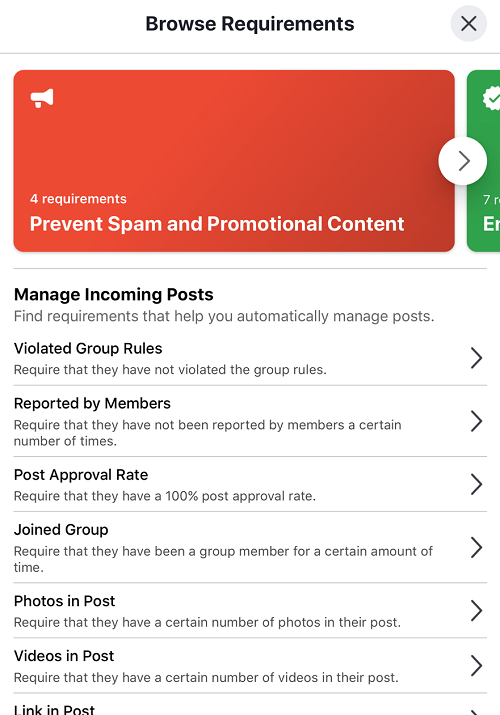 As you can see here, the new Admin Assist tools can cover a range of actions, which will save group admins time and effort, enabling them to better focus on building community and maximizing group engagement.

They won’t cover all issues, but the spam tools, in particular, could be hugely beneficial – as anybody running a group is no doubt aware.

Admin Assist will be rolling out to Facebook group admins “over the coming months” and will initially only be available on desktop.

In addition to this, Facebook’s also adding new pinnable topics within groups, defined by hashtags.

“Now, admins and members will be able to add a topic to any of their posts by simply using a hashtag before a keyword or phrase, and in turn, admins can then pin topics to the top of their groups for people to easily see.”

Facebook’s actually turning to hashtags more and more as a content sorting option – just this week, Facebook alerted group admins to its new ‘hashtag challenge’ option for groups, as a new means to increase engagement.

Last month, Facebook announced the addition of new brand partnership posts built into the groups experience direct, providing a new way for group admins to generate revenue from their efforts, and for brands to reach highly engaged audiences based on group discussion. 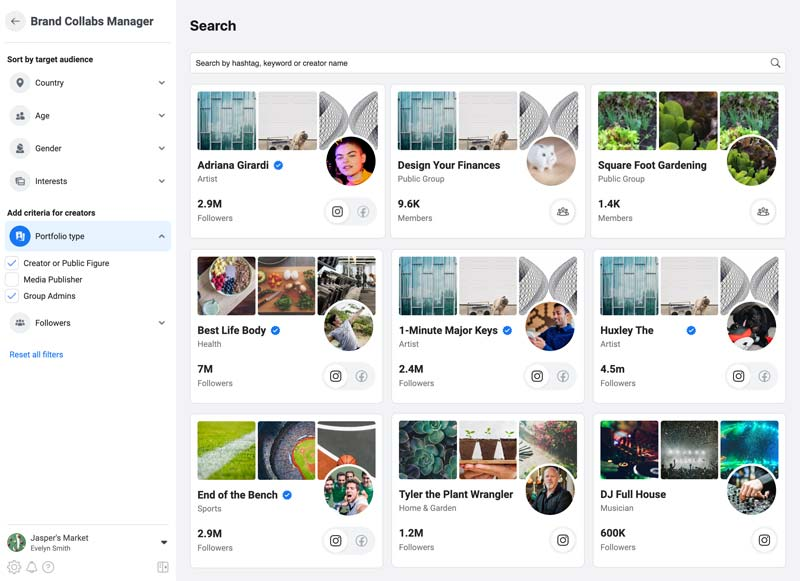 As you can see here, now, when brands go looking for potential partnership opportunities for their promotions within Brand Collabs Manager, relevant public groups will also be displayed, providing new connection opportunities for sponsored content.

Tapping through on a group listing will provide more insights into group engagement, demographics, previous brand partners and more. 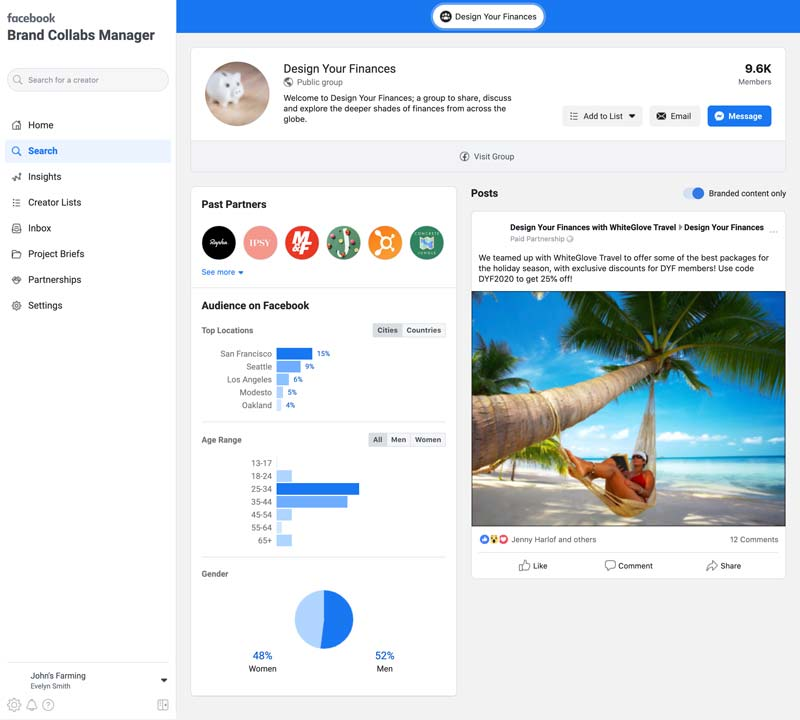 Initially, only public groups will be listed in Brand Collabs Manager, but Facebook says that it’s also investigating the potential for sponsored content in private groups as well.

Facebook’s also adding some new ways to engage within groups, with new, real-time chats, conversation starter prompts, and Q and A tools to host interview sessions. 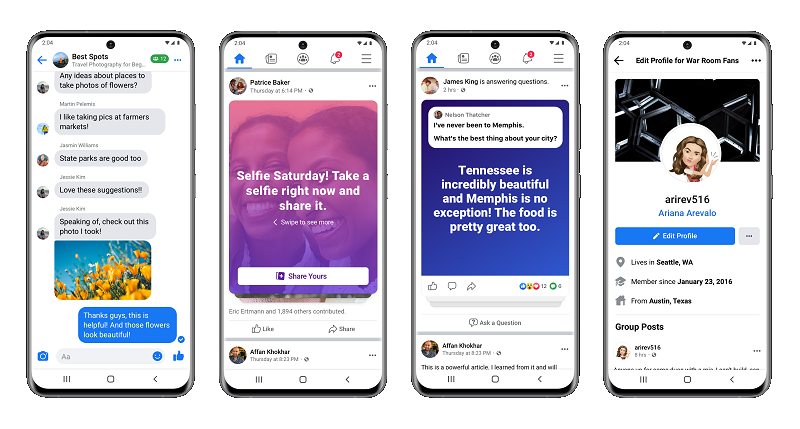 Chats is the biggest addition here – as explained by Facebook:

“[Chats] will allow for smaller, and real-time discussion among group members. So if you’re in a photographic group, for example, and you have a specific question around what the best spot to photograph flowers is in your home town, you can simply start a chat with a few of the members of the group to have a real-time conversation.”

So, really, it’s just a messaging group within the groups setting, but it could provide another means to facilitate closer connection and community among your audience.

Facebook’s also looking to boost discovery of public groups, as a means of increasing group participation. 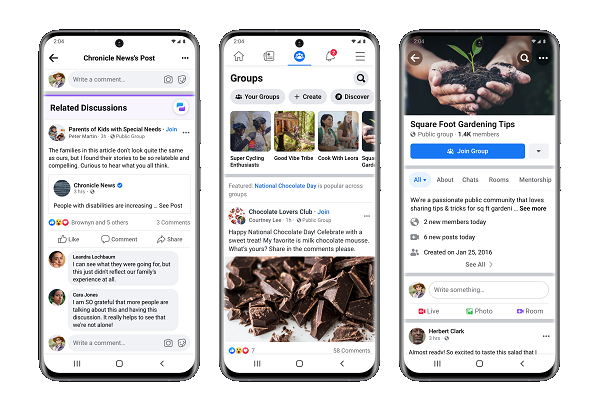 “You might see Related Discussions in News Feed when someone posts a link, or re-shares a post on Facebook. This will let you dive deeper and see what other groups are saying about the same content. When you visit the Groups tab, you can see posts from Public groups related to your interests, as well as popular posts across Public groups, recommended to you.”

With 1.8 billion active group members, and the more than half of Facebook users signed up to more than five groups each, it makes sense for Facebook to amplify that engagement, and seek to entice users into more relevant conversations by highlighting relevant discussions – which will also provide more opportunity for group admins to maximize their audience reach. 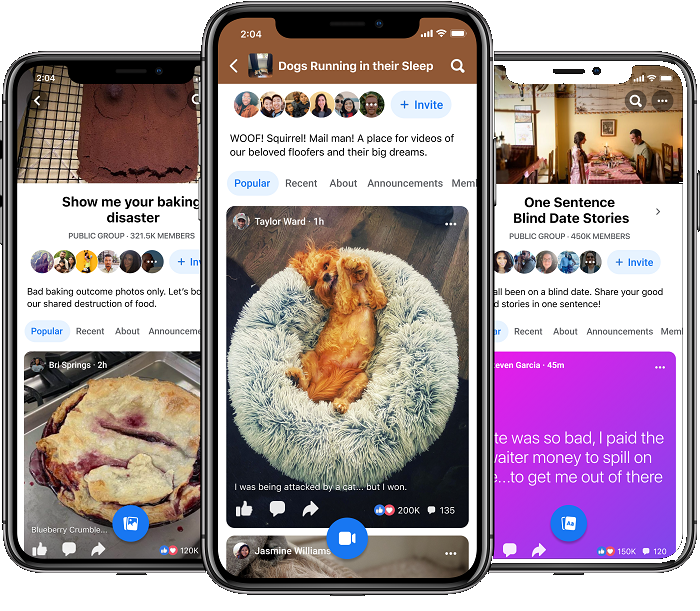 “We know many of you have started creating more groups that are hyper-focused around one specific topic and, typically, share content in one specific format. In the coming months, we’ll introduce a new group type to help promote creativity and connections in these groups by having everyone in the group to post with only photos, videos, or text.”

That seems more related to the vertical, visual presentation of Stories, which could provide whole new opportunities for maximizing group engagement. It also feels a little Reddit-like, particularly given the examples, with very niche, visual communities built into a scrolling groups feed.

There’s a lot to take in here, and a heap to consider for existing and prospective Facebook group admins. And for brands, there could be new opportunities to maximize community engagement. With so many people connecting within Facebook groups, and improved discovery of popular topics and discussions, it may well be investing the time into establishing and facilitating brand or niche-relevant conversations, while the new automated rules could make it much easier to keep your groups on the right track.